The delta variant is spreading at a rate that will lead to 13,000 coronavirus cases a day in NSW by early October if public health orders do not slow it down.

Case numbers have doubled consistently every 10.5 days in the eight weeks since Sydney went into lockdown on June 26, defying an incremental tightening of restrictions, rising vaccination levels and a surge in testing.

Epidemiology and modelling expert Professor Allan Saul, from Melbourne's Burnet Institute, told the Newcastle Herald that tighter restrictions in west and south-west Sydney appeared to have slowed transmission, but the virus was now spreading almost twice as fast outside the 12 local government areas of concern.

He said case numbers were doubling in the 12 Sydney LGAs every 13 days, compared with every seven days in the rest of NSW.

"The overall state doubling rate has been consistently at about 10 to 11 days since June, and that's an amazing thing.

"We would have expected to see that slow down as more and more restrictions are put in, but it's remained absolutely constant over two and a half months."

Premier Gladys Berejiklian said on Monday that the community would have to accept "confronting" case counts in the future and should start focusing on hospitalisations and deaths.

Health Minister Brad Hazzard has said repeatedly that the delta outbreak is putting Sydney's hospital system under stress, though Ms Berejiklian said there was "never a situation we can't manage".

The Australian reported on Monday that some Sydney hospitals have started moving patients to Wollongong and Newcastle to make room for COVID-19 patients.

A count of 13,000 cases a day would render contact tracing all but impossible and herald the kind of catastrophe seen overseas during the pandemic.

Asked on Monday if NSW could start opening up under such a scenario, Deputy Premier John Barilaro was blunt.

But he was "confident" stay-at-home orders and new mask-wearing rules would start to bring case numbers down.

The United Kingdom, which has very high immunity levels compared with Australia, is still reporting 30,000 delta-variant cases, 1000 hospitalisations and 100 deaths a day.

The NSW government has promised to start removing restrictions when NSW reaches 70 per cent double-dose vaccination coverage for adults by late October.

Mr Barilaro said the transmission rate of the virus in NSW was 1.4, meaning every positive case is infecting 1.4 other people on average and the virus is spreading.

Research suggests the average interval between delta infections is five days. These multiples equate to NSW cases doubling every 10 days.

Professor Saul said it was difficult to predict accurately where case numbers would be in October, but NSW would have "easily 1000 cases a day by the end of the month". 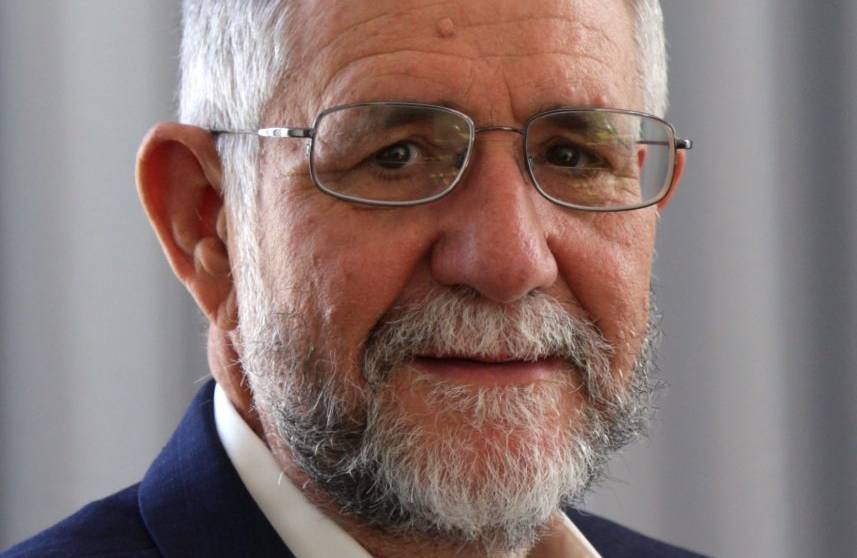 He agreed with Burnet chief executive Professor Brendan Crabb's recent description of the pandemic as a "steam train heading towards a cliff".

"The brakes are failing," he said.

The benefit of Ms Berejiklian's increasingly tighter restrictions was being offset by growing difficulties in contact tracing.

"As she's putting more controls in, other things are becoming less effective," he said. "How can you expect the contact tracing to be nearly as efficient with 800 people as it was with two or three?

"You're going to have to impose harder and harder restrictions. Preferably it would be nice to impose them sooner, so that you actually give your contact tracers a bit of breathing room."

NSW has fully vaccinated 30 per cent of the population aged over 16, but Professor Saul warned that increasing vaccination rates would not have much effect on the virus' spread.

"It will have an effect, but it's not the silver bullet. Maybe it's not even a brass bullet," he said.

"It's really important for people to get vaccinated, but, even at 80 per cent [adult] coverage, that is only 66 per cent of the population, and a lot of transmission occurring now is in under-16s.

"It's important. It'll stop people dying. It will help slow it down. It's part of a multi-faceted package, but to think that we're going to vaccinate our way out of this is nuts."

He said recent reports from Public Health England were "scary".

The agency's latest COVID-19 surveillance report shows that 97.5 per cent of the UK population aged over 17 have antibodies to COVID-19 through vaccination or infection, or both. "Really critically, despite those levels [of adult immunity], they've still got 1000 admissions to hospital per day," Professor Saul said.

"The cases peaked about a month ago at 50,000 a day. They dropped, then they took all of the restrictions off [on July 19], then in the last three weeks the numbers are starting to come back up again."

By comparison, only about 42 per cent of all Australians have received a vaccine dose and comparatively few people have been infected.

"You're only relying on the vaccine," Professor Saul said.

Vaccination targets of 70 or 80 per cent will leave 11 million Australians, half of them children, unvaccinated when restrictions loosen.

Children under 12 will not be immunised until next year as the vaccines are not yet approved for that age group.

Professor Saul was also concerned that the Doherty Institute modelling the federal and NSW governments were relying on to set vaccination targets was based on assumptions about "optimal" testing, tracing, isolation and quarantine (TTIQ) drawn from Victoria's spring outbreak last year, which did not involve the delta variant.

"If you look then at the levels that use partially efficient TTIQ, with 80 per cent vaccination, in order to keep the number of cases stable, you actually need to put the population in stage-four lockdown, which equals what Victoria did last year in September, for 30 per cent of the time.

"We're not talking the odd day or two; we're talking a serious amount of time. It took Melbourne from August 3 to the end of October under stage-four lockdown, and that wasn't delta.

"And you're dealing today with much higher case numbers than Melbourne ever had. It's unrealistic to expect this thing to go away in a couple of months.

"If vaccine coverage was up to 90 per cent of the whole community, that would be a very, very different story.

The Hunter region has cut case numbers from a high of 24 to just two on Monday, but Professor Saul said the threat of cross-contamination in regional areas would continue to grow.

Public health orders allow a steady flow of "essential" workers to and from the regions, including up and down the M1 to the Central Coast and the Hunter.

One such worker had more than 700 close contacts when he spent four days in Newcastle last week helping to train staff at a new Costco warehouse.

"Hard and fast lockdowns do work, and I think you're going to see that in regional areas, that you need to get onto this thing quick. Barilaro agrees with that sentiment.

"If I was in Newcastle, I'd want to be very careful about movement coming out of Sydney if you don't want to overwhelm your local hospital.

"As sure as the sun's going to come up tomorrow morning, if there isn't more controls put outside the 12 LGAs, I hate to think what's going to happen."