At 83, veteran actor Anthony Hopkins has become the oldest actor or actress to win an Oscar for his performance in The Father, playing a man fighting dementia.

Accepting the award from his home in Wales on Monday in a video, he thanked the Academy and paid tribute to the late actor Chadwick Boseman who was tipped to win the award.

"Here I am in my homeland in Wales," said Hopkins, who also won a best actor Academy Award 29 years ago for his chilling portrayal of Hannibal Lecter in The Silence of the Lambs.

"At 83 years of age, I did not expect to get this award, I really didn't. I'm very grateful to the Academy."

The Father is one of several films made recently which grapple with the challenges confronting people living with dementia, and those around them.

From Hopkin's award-winning performance to Stanley Tucci's touching portrayal of someone with young-onset dementia, Hollywood is embracing stories of dementia and Alzheimer's disease. Australia's Noni Hazelhurst and legendary actress Jane Seymour have also tackled the issue.

Here we take a look at some of the new movies which deal with this sensitive topic.

In The Father, which also stars Olivia Coleman as his Hopkins' daughter, follows Hopkins' 80-year-old mischievous man called Anthony who lives alone in his London apartment and rejects each of the nurses that his daughter Anne (Coleman) sends in to help out.

This help becomes even more important following Anne's decision to move to Paris with her partner.

As he tries to make sense of his changing circumstances, he begins to doubt his loved ones, his own mind and even the fabric of his reality.

But as his mind begins to unravel and his sense of reality is slipping away, the film shows the disorientating and frightening reality for a person living with dementia.

Directed by French novelist Florian Zeller, who co-wrote the film with Christopher Hampton, The Father is based on the award-winning stage play by Zeller of the same name. Zeller and Hampton also won an Oscar for Best Adapted Screenplay.

Zeller drew on memories of his grandmother, who raised him and lived with dementia.

In its review of the Film, Dementia Australia said The Father "does what few movies have done in this way - it places us in the mind of the person living with dementia instead of that of the outsider".

"As Anthony's dementia symptoms progress, we see him experiencing disorientation when it comes to people, conversations and the changing environment around him. This is presented through fractured storytelling that takes the viewer on his journey, while also offering insights into Anne's point of view."

They said at times the film can be confusing to follow and difficult to decipher waht is read, giving an insight into Anthony's reality.

"It will be confronting for many who choose to watch, particularly those with a lived experience of dementia. But there is no doubt of how impactful it is - it is a beautifully crafted film with powerful performances that will stay with you," the organisation said.

The Father is out now in selected cinemas

SUPERNOVA is a heart-rending modern love story about a couple struggling with a diagnosis of early-onset dementia.

Tucci and Firth play Tusker and Sam, a couple who have been together for decades, but who both put their careers on hold after Tusker's diagnosis. They head off on holiday, travelling across England in an old campervan visiting friends, family and places from their past.

As the trip progresses, their individual ideas for their future begin to collide. Secrets are uncovered, private plans unravel and their love for each other is tested like never before. Ultimately, they must confront the question of what it means to love one another in the face of Tusker's irreparable illness.

Director Macqueen said he was influenced for the film by the experiences he witnessed of a friend's father and a colleague who both had versions of young-onset dementia that had played out in different ways.

"These experiences made me want to find out more about this disorder specifically, as well as the vital debate around end-of-life choices - one that still rages to this day in many countries around the world," he said.

As part of his research, he worked closely with the UK's leading dementia specialists at University College London and The Wellcome Trust and spoke with people affected by the condition.

"I have spent time with people who have since died both from dementia and suicide - in secret and in public -and seen the fallout from that first-hand. It has been one of the most profound and important experiences of my life.

"The characters and themes in Supernova reflect my attempt to do these people and their stories justice in a truthful and original manner - to place a selfless, loving relationship in the context of an immediate future that hangs in the balance.

"From the outset my desire was to make an empowering, powerful, challenging and timely film about what we are willing to do for the people that we love."

Supernova is out now in selected cinemas.

NONI Hazlehurst, Claudia Karvan and Stephen Curry star in this heartfeld film win which a twist of fate gives family matriarch June (Hazlehurst) a reprieve from her dementia.

It is during this fleeting bout of lucidity from her condition, that June tries to bring together her estranged children, save the family business, and rekindle an old flame.

Much to the amazement of her adult children Ginny (Karvan) and Devon (Curry), June re-enters their lives and learns that "things haven't gone according to plan". 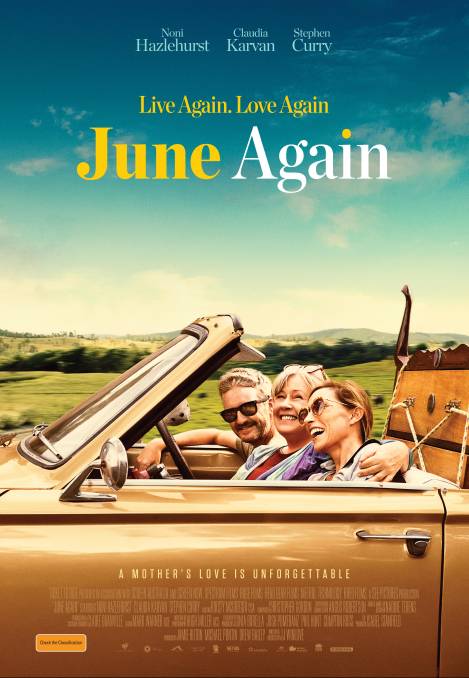 With limited time but plenty of pluck, she sets about trying to put everything - and everyone - back on track.

When her meddling backfires, June sets out on a romantic journey of her own and discovers she needs help from the very people she was trying to rescue.

While the film's lead character is living with dementia, the Karvan said the film does not dwell on the disease.

"There's a lot of humour, it's a very, very funny movie," she told Deborah Knight on 2GB.

"Hopefully it keeps you feeling emotional, but keenly aware of how much we should feel our older parents are very precious."

Written and directed by JJ Winslove, the movie also features Uli Latukefu, Nash Edgerton and Darren Gilshenan (currently on our screens in the TV drama Harrow).

June Again is out now at selected cinema.s

The film has been described as uplifting, groundbreaking and confronting by those involved in its production because of the way it deals with the complex issue of dementia and Alzheimer's disease.

Ruby's Choice was filmed in Sydney during the peak of the epidemic in 2020 within a condensed time period.

It tells the story of a woman living alone with early dementia and the impact it has on her and her family when she is no longer able to live independently.

The story, directed and produced by Michael Budd, is told through the eyes of Ruby's granddaughter, Tash, and aims to show the humanity of dementia. 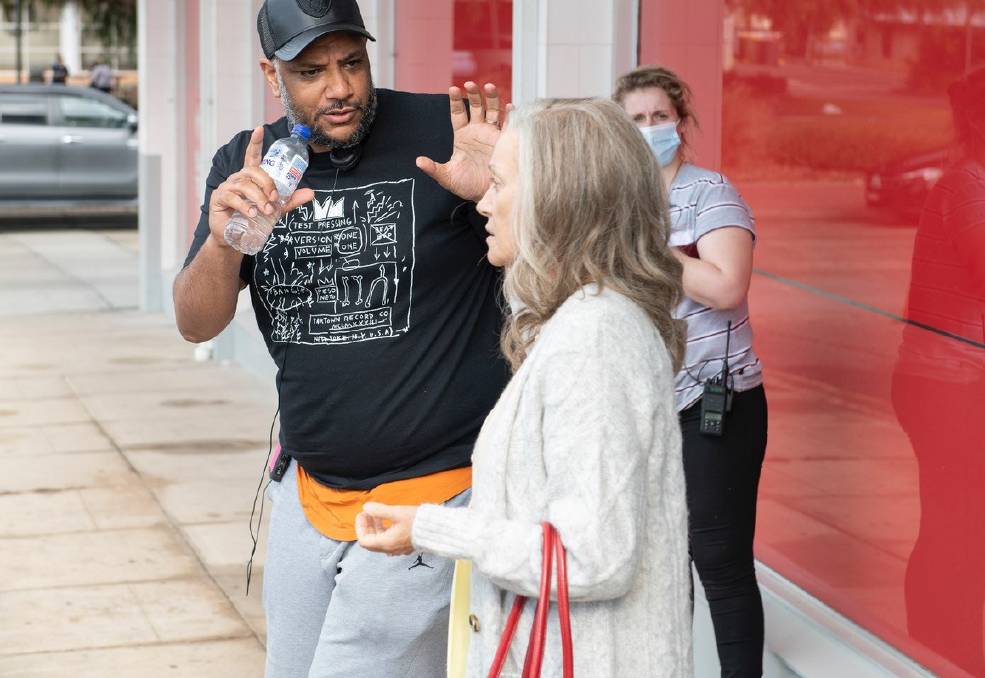 Philanthropist Sir Owen Glenn, of the Glenn Family Foundation, is funding the film and will donate half of profits to the Dementia Foundation for Spark of Life.

'Dementia is a growing problem which gets very little attention by the community at large," said Sir Glenn.

"It is treated as an embarrassing ailment and sufferers are isolated from family and friends. This film is intended to expose our shortcomings and will open up debate on how we should bebetter coping and supporting our loved ones from being isolated from society."

Dementia Foundation for Spark of Life founder Jane Verity said the film shared a common message with the initiative.

"Ruby's Choice is about showing the importance of love and compassion, which is also what has drawn Jane Seymour to the role," she said.

Seymour is known for her starring role in Dr Quinn Medicine Woman and East of Eden - for which she won a Golden Globe. She also starred alongside Roger Moore in the James Bond film Live and Let Die.

Seymour said she signed on for the project because of a personal connection with dementia. In 2014 she served as executive producer on the award-winning documentary film Glen Campbell: I'll Be Me, which told the story of the entertainer dealing with the effects of Alzheimer's disease during his farewell tour.

Ruby's Choice is out later this year.