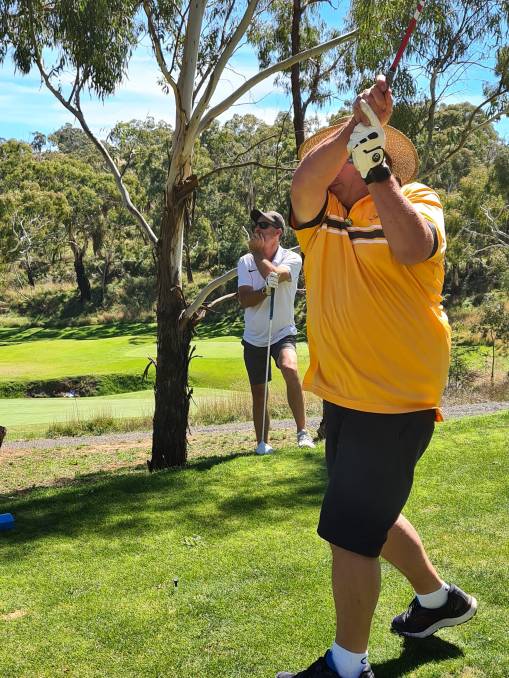 Pictured is Pete Neal driving off the 3rd with Kieran Patrick watching on.

Last Friday we played a 18 hole 4 person Ambrose for the Club Trophy the winners were Wayne Newstead, Nigel Habowski and Billy Brown with nett 53.

Saturday we played our Monthly Medal sponsored by Newmans Fuel and 18 hole Stroke event for the Club Trophy, backing up after a combined win from Friday was Wayne Newstead with nett 65.

Ball Comp winners were Ted Dell with 68 nett and with the nett 69 Tony Gannon and Tony Bowers.

Nearest the pin 9th/18th no A/Grade player was good enough to hit the green But B/Grade went to Wally Hodder 3.33mts.

The next round of the Trussco Match Play Championship needs to be played on or before Saturday the 17th April.

Saturday 17th will be a 18 hole Stableford event for Bobby Costello's Trophy.